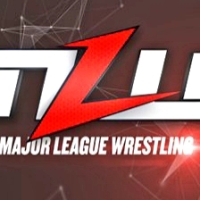 Welcome to my Live Blog with Results from Ring Of Honor’s annual Best In The World show from Baltimore, MA.

ROH is Live and the show starts with a video package about Best In The World, then we kick off the show with 6 man tag action.

LIJ comes out first and most fans in America love to see EVIL’s green finger gimmick as he’s often in Japan so that gets a pop, especially when he’s the first wrestler the crowd sees. The Kingdom comes out with a child in the yellow coat, playing on the IT film. This has been some good action so far with the crowd behind LIJ. Most of this match there was multiple people in the ring or doing spots outside the ring, typical fast pased 6 man tag action. To the disappointment of the crowd, Matt Taven pins BUSHI after an assisted powerbomb, very fun opener. Winners, The Kingdom

The commentators, Ian Riccaboni and Colt Cabana throw to the next match.

Bully tries to jump Flip when he makes his entrance but Flip Superkicks Bully a few times, hits the ropes and takes down Bully then sending him to the outside. While Bully is outside the ring, Flip dives on Bully multiple times and beats on Bully all over the ringside area. Inside the ring Flip hits the Samoan Pop and a running shooting star for a near fall but seconds later Bully runs through Flip, leaving him laying. Bully misses a Vader Bomb and kicks Flip in the balls for a DQ. Winner Flip Gordon by disqualification.

After the match Bully took out Flip with a chair. A few people came out to help, including Cheeseburger, but Bully was too much. Bully got a table and through Todd Sinclair to the floor. Colt Cabana came down to help with a chair and after a stair down Bully left. The crowd chanted “Colt Cabana” and Ian Riccaboni was great on commentary here.

This starts with the Stardom champion, Kagetsu and the WOH Champion, Sumie Sukai facing off in the same ring for the first time. This was a very good match with lots of good action, including a huge crossbody from Sumie Sukai from the top to the outside on multiple women. This match finished with Mayu Iwatani hitting a German suplex on Hana Kimura with a really nice bridge. Winners Sumie Sukai, Tenille Dashwood, Jenny Rose and Mayu Iwatani.

Kenny King came out first, followed by “The Belt Collector” Austin Aries. Aries came out with his 3 championships. They start with a collar and elbow tie-up. Aries works as a heel in this match with quick kicks to the gut while going for a knuckle lock and King high fiving fans. This was a good wrestling match with well done holds and clean crisp moves by both. Both of these guys are really good, WWE missed the boat on Aries. The fans seemed to be enjoying this match, cheering and chanting for both guys. Austin Aries teases walking out by picking up his belts and trying to walk off but King hits a spinning dive on Aries. On the outside Austin Aries hits a brainbuster on Kenny King and the crowd chant “You killed Kenny, you bastard”. The two get back in the ring after Austin Aries throws King back in and hits another brainbuster in the ring for a pin victory. Winner, Austin Aries.

This match starts with some mat wrestling until Kushida hits a cartwheel dropkick which sends Lethal outside and Kushida flips over the ropes straight onto the shoulder of Lethal. Kushida gets the better of Lethal early then drops a double axe handle ala Mucho Man Randy Savage, the crowd booed Kushida for that. The match changed direction when Kushida tried a Lethal injection on Lethal but Jay kicked Kushida’s leg. Jay worked Kushida’s leg after getting the advantage. Jay Lethal hits two dives but on the third Kushida reverses it into an armbar on the mats ringside. This match turned into two guys beating the hell out of each other but in the end, Jay Lethal pinned Kushida with the Lethal injection for the win. Winner, Jay Lethal.

Silas Young joined Ian Riccaboni and Colt Cabana on commentary for this match before entrances. Adam Page got a really good reaction and lots of streamers. This kicked off quick with Page attacking Martinez as the ring introductions were happening. Colt Cabana was quick to mention that Adam Page was wrestling with a busted eye for receiving stitches. This was stiff from the beginning with chair shots and a table brought out early. Page takes a last ride powerbomb on the apron and then a chokeslam to the guardrail on his shoulder. At ringside, Martinez sets up six chairs facing in on each other with chairs on top. Page suplexed Martinez from the corner of the guardrail to the floor, looked painful. During commentary, Silas Young mentioned the more they beats the hell out of each other is the best for him. Hangman hits a cradle tombstone to a chair but Punishment kicked out. Punishment tries to stomp Hangmans head into a chair in the ring but Page fights back so Martinez zip-ties Hangmans hands and hits the “Silencer” stomp for a 2 count. Martinez sets up a table in the corner but Page fights back, breaking the zip-tie. Page spears Punishment through a table and hits a huge Moonsalt, the crowd chants “Hangman”. Paige celebrates on the ring apron but Martinez kicks him in the back of the head, Page falls off the ring apron and goes into the chair structure set up earlier but the cameras miss it. Punishment sets up thumb tacks but ends up taking a back body drop onto them seconds later Martinez hits a chokeslam through the table in the corner for the win. Winner, Punishment Martinez.

The Briscoes got a promo video before the match, they said the Young Bucks are the best in the world at selling t-shirts, at making YouTube videos, at so much stuff but they cannot take the Tag Titles from the Briscoes. Matt and Nick, The Young Bucks came out first. When The Briscoes came out, Colt noted they had a small picket of supporters. When the match started everyone chanted for The Young Bucks while it seemed one guy chanted “Briscoes”. This seemed like a war between these two with a very violent Briscoes and a heavyweight Young Bucks taking it to The Briscoes early but when the Briscoes got the upper hand they were stomping and kicking viciously. The crowd chanted “Man Up” and “Young Bucks”, the crowd seemed split. Nick Jackson hit an insane dive of the top rope after running up the ropes, the crowd popped for that one. Nick was isolated as the Briscoes hit a neck breaker then a froggy-bow but Nick kicks out at 2. The Briscoes tried isolating Matt but the heavyweight ran through the double clothesline and hits one of his own on both Briscoes but the Briscoes fight back and Jay hits a Jaydriller for a very close nearfall. The crowd chanted “Fight Forever”. After that we got a few nearfalls in a row and this match was getting one hell of a reaction. Mark Briscoe takes out Paul Turner, The referee with an elbow. The Young Bucks hit a Meltzer driver on Jay but Mark breaks it up. Jay hits a Jaydriller on Matt, on a chair and Paul Turner crawls over to count and Matt kicks out at 2 and the place goes crazy. The Briscoes hit Matt with a Super Redneck Boogie from the top rope for the win. Winners, The Briscoes.

After the match TheBriscoes beat on The Young Bucks even more until SCU came out to help The Briscoes but turned by hitting Jay in the back with the chair then challenging them for a shot at the Titles.

As always Marty had a great entrance and Cody sent Bernard the Business Bear to the back, Burnard looked sad. This match was built up as anyone but Dalton can win. Marty ended up kissing the ring if Cody but then breaking Cody’s fingers and taking the ring. Nick Aldis got involved when Dalton hit Marty with a bangerang and pinned him, Aldis pulled senior referee Todd Sinclair out of the ring. Two minutes later Cody and Brandi pulled Sinclair out again and Todd Sent Nick Aldis, Brandi and the boys to the back. In the end Dalton Castle pins Marty with the Bangerang. Winner, Dalton Castle

Thanks for reading this and don’t forget to follow via Email below
You can follow me on Twitter@ProWresMatthew or E-mail me at prowresmatt@gmail.com